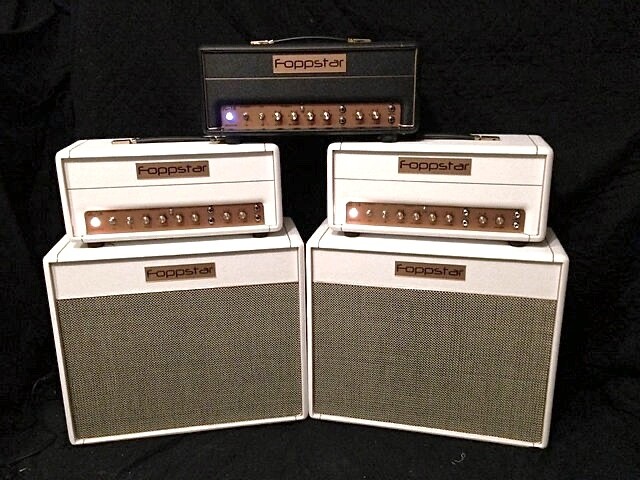 This is my JL-18 London, Class A, EL84 based amp. It features two discrete channels (non-channel switching) that share the same power amp section. What that means is you basically get two completely different amps in one.

The first channel is the "Normal" Channel and simply has a Volume and Tone control.

The second channel is the "Tremolo" Channel and it also has a Volume and Tone control with the addition of a Tremolo Depth and Speed Control as well as a mini-toggle switch to give you two speeds (Half/Double) for the Tremolo. The Trem can also be controlled via footswitch to turn it on and off as well engage the half/double feature to slow or speed up the Tremolo at any point. This gives you the extra flexibility and control over the Trem on the amp.

There is also a Post Phase Inverter Tone Cut control on the back of the amp similar to a TopHat/Vox AC30. This allows you to fine tune the overall presence of the amp depending on which type of guitar you are using.

I can install a Master Volume control on the back of the amp as well for an additional $100. This will allow you to crank the preamp gain to its sweet spot, and still be able to play the amp at bedroom levels for late night playing or for whenever you need to turn your volume down, but can't afford to sacrifice your tone.

Save this product for later
Display prices in: USD